Meet the experienced and friendly doctors and staff who make Centerton Family Eyecare the leading provider of vision care products and services in Centerton. 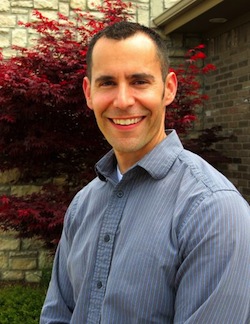 Dr. R. Skye Petty graduated from Oklahoma State University with a bachelor of science in zoology. He then attended Northeastern State University College of Optometry in Tahlequah, Oklahoma. Dr. Petty completed an externship with Better Vision Ahead (BVA) and TLC laser center in Tulsa, Oklahoma. He is a member of the American Optometric Association and Arkansas Optometric Association. His specialties include: comprehensive eye exams, contact lens fits, pre-and post-operative surgical care, and diagnosis and management of diseases. When Skye is not caring for his patients, he enjoys fitness, motorcycles, outdoor hobbies, and most of all spending time with his wife and two daughters. 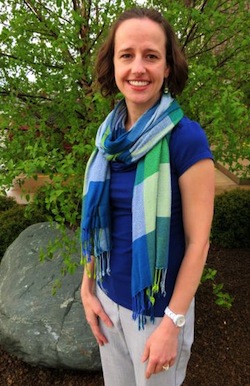 Dr. Megan Petty graduated from Oklahoma State University with a bachelor of science in biomedical sciences. She also attended Northeastern State University College of Optometry in Tahlequah, Oklahoma. Dr. Petty completed an externship at the Oklahoma Vision Development Center in Tulsa, Oklahoma. She is a member of the American Optometric Association, Arkansas Optometric Association, College of Optometrists in Vision Development, Optometric Extension Program, and Arkansas PAVE organization. Dr. Megan Petty specializes in pediatric eyecare and developmental vision therapy, and is a Fellow of the College of Optometrists in Vision Development since 2009. When she is not seeing patients, Megan enjoys cooking, reading, and spending time outdoors with her husband and two daughters. 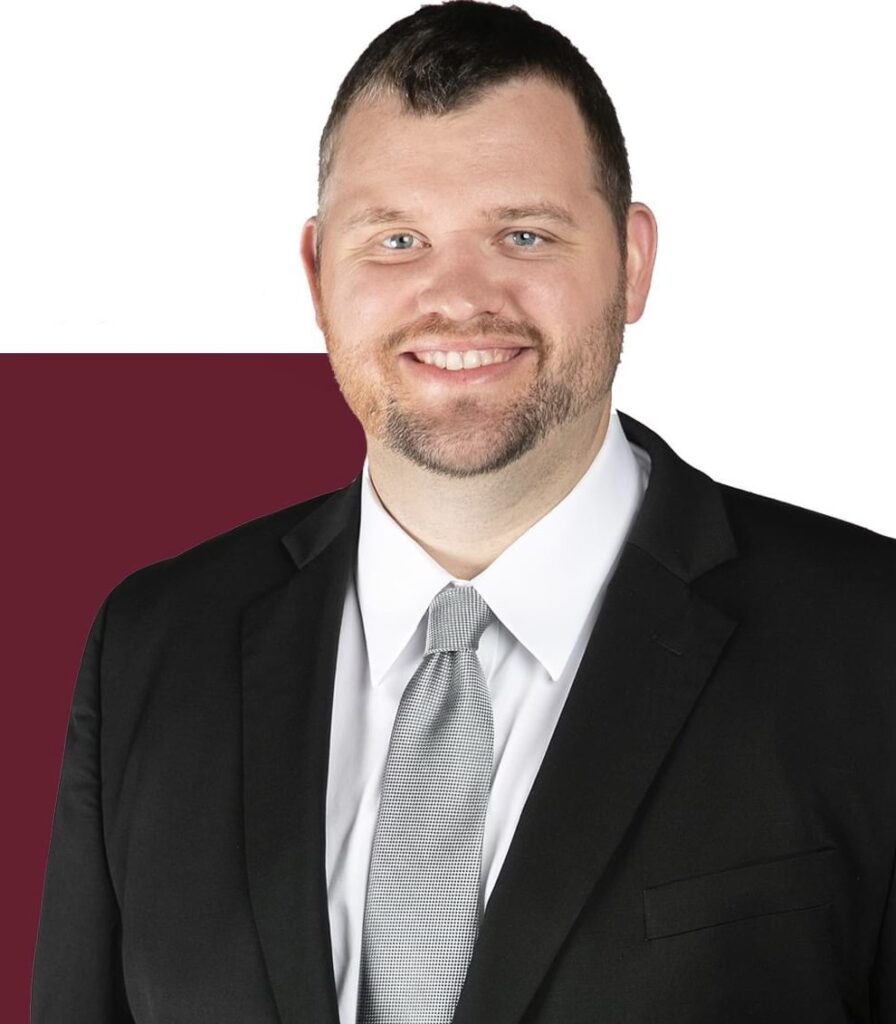 David Patrick Hurd was born in Monroe, Louisiana. He attended West Monroe High School. Playing on the offensive line in his senior year, he helped lead the West Monroe Rebels to the State Championship Game in the New Orleans Superdome. David also excelled academically and was a member of the National Honor Society.

David was recruited by the University of Arkansas as an offensive lineman and obtained an academic scholarship. Even though he began as a walk-on member of the Razorbacks, at the end of the third year, he was named as starting left tackle and earned the Burlsworth scholarship for his final 2 years. David was also named to the All-SEC Offensive Line, 3rd Team. He was named to the Dean’s List, and was part of the SEC Honor Roll. He graduated with a Bachelor of Arts in Biology. Upon graduation, David signed as an undrafted free agent with the Miami Dolphins.

David later decided to pursue a career in Optometry. He attended and graduated from the Oklahoma College of Optometry in Tahlequah, Oklahoma. While in Optometry school, he competed in the National Optometry Student Bowl and won. The Student Bowl is a competition where each school sends a student to answer Optometry-related questions. Dr. Hurd graduated with a Doctorate in Optometry, and is a Board certified Optometric Physician. He has been serving as an Optometrist in the Northwest Arkansas area for the past 2 years. He has helped many patients with their glasses and contacts. He is certified to perform advanced procedures such as YAG’s, SLT’s, eyelid lesion removals and injections. He is also proficient with ocular diseases, such as cataracts, glaucoma, and macular degeneration. Dr. Hurd has also consulted with patients that have had or want to have refractive surgery.

Dr. Hurd met his wife, Rachel, while attending the University of Arkansas. They have been married for 6 years. In their free time, they enjoy hiking, going to Beaver Lake, and going to Razorback sporting events 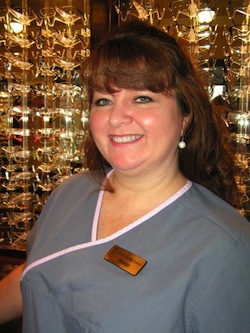 Teresa has been with Centerton Family Eyecare since opening in October 2006. She and her husband, Jim, have lived in Northwest Arkansas all their lives. They have two daughters, two son-in-laws, four granddaughters and one grandson. In her free time, Teresa enjoys chasing her grandkids as well as stealing a few relaxing moments to enjoy her coffee. 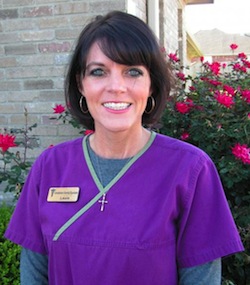 Laura joined the team at Centerton Family Eyecare in 2010. She lives in Centerton with her husband JoDonn and their two children, Brooke and Cassidy. In her free time, she enjoys going hiking, jogging, watching the Razorbacks and spending time with her two grandsons, Cannon and Cash. 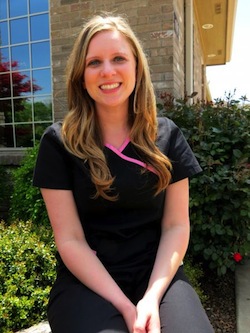 Steffanie started at Centerton Family Eyecare in September 2012. She is a native of Chicago, Illinois where she studied at Joliet Jr. College. She and her husband Marc have two dogs, Yankee and Bear. Outside of work, Steffanie enjoys family fun nights, singing, reading and exploring the area.

Cody started as a technician at Centerton Family Eyecare in April 2013. She grew up in southwest Arkansas and moved to Benton county in 2005. She enjoys spending time with her husband Jake, daughter Riley and son Luke. She likes to play games (board and cards) and having family movie nights. 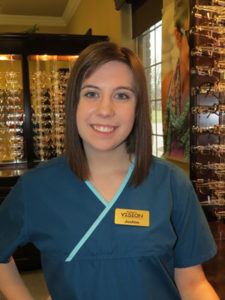 Justine grew up in Brigham City, Utah and is the oldest of six children. She began as a vision therapist at the Pediatric Vision Development Center in 2014. She enjoys the satisfaction of working with children, and helping them reach their goals. She lives in Rogers with her husband Jacob. Outside of work, Justine enjoys her family, playing piano, exercising and cooking with her husband. 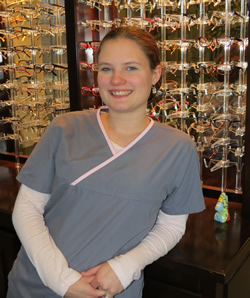 Stephanie began as a vision therapist at the end of 2014. She enjoys the fun environment and many personalities at work. She really sees how great the impact can make in the lives of children by improving their vision. She and her husband, Josh, live in Bentonville with their two dogs, one cat and fish. When she is not at work she enjoys spending time with Josh, their dogs, geocaching, crafts, reading and shopping with friends.

Karly has been working at Centerton Family Eyecare since 2015. She enjoys working with kids and loves getting to know each one individually. She loves to help them meet their vision needs as a vision therapist. Karly is a native of Northwest Arkansas and graduated from Bentonville High School in 2010. She resides in Centerton with her husband, David and her daughter, Adaline. Outside of work Karly enjoys spending time with family, reading, board games and outdoor activities.

Becca started as an optician at Centerton Family Eyecare in February 2017. She grew up in a small town in South Arkansas and moved to Bentonville in 2000. She enjoys spending time with her husband Aaron and daughters Jaycee and Addison. Becca is a ‘softball mom’, so most of her free time is at the ballfield. She also loves the Razorbacks. Go Hogs Go!

Nancy was born and raised in the Fayetteville, AR area. She moved away in 1970 and returned back to Northwest Arkansas in 1989 to be closer to family. She now lives in West Siloam Springs, OK. She has two sons and six grandchildren. Nancy is an animal lover, having two dogs and a Siamese cat. She loves taking walks with her dogs. In the summertime, Nancy enjoys being outdoors, working in her yard and flower beds.

You can schedule your next appointment with us online!